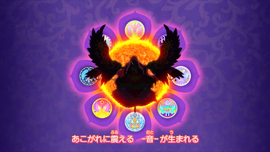 The Star Premium Dresses are all originally Premium Rare dresses. When the Aikatsu! System acknowledges you as a perfect idol, the Wings of Stars is granted, upgrading the dress to a star Premium rarity.

The perfect dress that surpasses the Premium Rare dresses.

After obtaining the Wings of Stars, the current accessory will now feature a pair of wings, and one would also gain the Proof of Stars. The original earrings that come with the accessory will also have its left one changed to the corresponding star emblem.

There are a total of 9 Wings of Stars: Mercury, Venus, Mars, Earth, Jupiter, Saturn, Uranus and Neptune. The Wings correlate with the planets of the solar system, and it also includes the former-Solar System planet, Pluto. When all the Wings of Stars are collected and combined into one, the Wings of the Sun, the Sun's Star Premium Dress will be born to those who have proven themselves worthy of the radiance of the Sun.

Yukie Grace Forte, a previous owner of the Sun Wings mentioned that the Sun Wings' appearance cannot be predicted and that Star Premium Dresses can be reborn overtime and is not limited to only one generation. 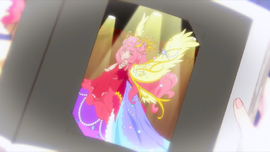 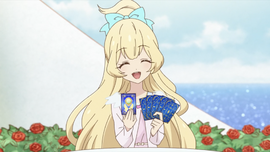 The following list is in chronological order of anime appearance.

Retrieved from "https://aikatsustars.fandom.com/wiki/Star_Premium_Dress?oldid=142349"
Community content is available under CC-BY-SA unless otherwise noted.