Mascot Characters (ゆるキャラ, Yuru-kyara) are creatures who represent the brand they are based on. They can often be found in official merchandise, in and out of the Aikatsu Stars series.

The mascot of My Little Heart.

A pale pink bunny with large brown-black eyes and a tiny pink nose. It has pale pink blushed cheeks and wears a gold crown titled at an angle over its left ear. The inner-ear is pink with a pastel dot pattern to match the heart-shaped marks on its lower torso. A pale blue ribbon is worn at its neck.

She was shown on Yume's lap in episode 24.

The mascot of Romance Kiss.

Miss Romance is a lilac squirrel with a very puffy purple curled tail she normally rests on, adorned with a single gem and gold studs to match those in her ponytail. On her tail and bangs is a single curved red line to match the lips marking on her tail. She has purple fluff on her neck adorned with the same stones. Her dark blue eyes are accented with pale pink blushed cheeks and purple eyelids.

The mascot for Spice Chord.

Spice Teddy is a dark indigo bear with a red and black plaid pattern on the inner-ear and paws. It has a white muzzle with a black nose and black button eyes. Spice teddy has a cut in one ear, and wears two silver studs on the right ear. It also wears a tie with silver studs, and a studded bracelet.

Spice Teddy appears as a gift from Tsubasa to Laura in episode 62.

The mascot of Shiny Smile.

She is an orange cat with a white muzzle and chest. Her paw marks and inner-ear are light yellow to match her long striped tail. She has large, feminine eyes and a swirl of red and white striped hair. She wears a necklace with a red flower to match her flower ornament.

She appears as a cameo in the live performance of Never Give Up☆ in episode 67.

The mascot of FuwaFuwa Dream.

Mary is a sleeping sheep with fluffy, cotton-candy colored horns with small ears beneath them. On the side of her front is a small winged star clip or design. Her face and legs are pale grey.

She makes an appearance in Milky Dreamy Time, a special appeal.

The mascot of Rainbow Berry Parfait.

She was displayed during Rainbow Berry Parfait's brand announcement in episode 73. 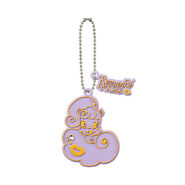 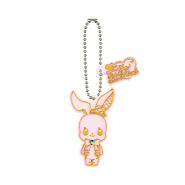 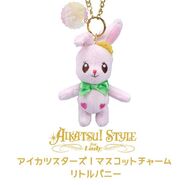 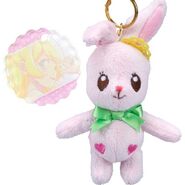 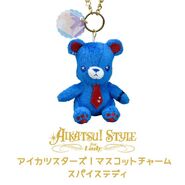 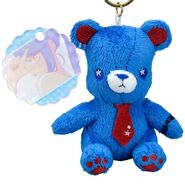 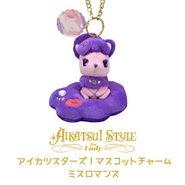 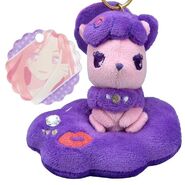 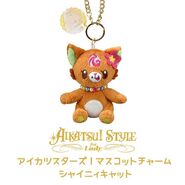 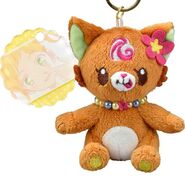 Add a photo to this gallery
Retrieved from "https://aikatsustars.fandom.com/wiki/Mascot_Characters?oldid=136233"
Community content is available under CC-BY-SA unless otherwise noted.