Hi guys! Jo here! I've never really explained the concept for the Aikatsu and Aikatsu Stars userboxes, so I'll talk about it along with the release of the new userboxes for Koharu, Ako and Mahiru.

For the Ichigo generation characters, the info section takes on a lighter shade of the idol's theme color, while the border uses a darker shade. So basically, its a one color, two shade thing.

As for Akari Generation, the concept is slightly different: using the Parade coords as inspiration, while the info section uses the idol's main theme color, the border uses the parade coord/idol's second color.

As for the Aikatsu Stars! Gen, we (I) take on a whole new different concept. I debated for some time if I should leave the image background white, but since the idol images come with the border, I thought of trying something else.

And so, the info area and image background color corresponds to the idol's hair color, and the box border color is the same (well, as same as possible) as the idol image's border color. 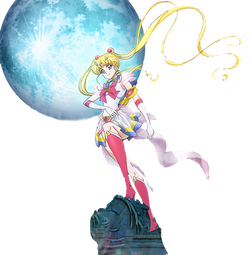 Except for Yozora xD

actually, why did i do that? lemme change it and see how it looks haha

(edited by Jo SHININGSTAR)
0
The Yozora with brown bg looks wierd though xD I'll get used to it anyway xD
(edited by Usagi Kawausa Hishikawa)
0
How do you use these.
(edited by Kurukuru-chan1)
0

You can only use these on your own user page:

on the top row, located on the far right corner is a tab called "source". Click on that, and paste the coding you need to put there.

For coding references, please visit the websites below, and copy and paste the code on the very left column.

Is it possibleto have M4 userboxes? *-*

Is it me, or am I the only one reminded of ice cream looking at these userbox colors?

Lol, I was reminded of their hair color.

(edited by Kurukuru-chan1)
0
AkariSunshine wrote:
Is it possibleto have M4 userboxes? *-*

I'll try to lighten yozora's background color, but we have to adapt the hair color-theme color system for the userboxes.

What do you think?